This project began, on the one hand, due to the researcher’s belief in everyone’s potential and right to obtain knowledge and, on the other, due to the forever increasing ‘need’ of today’s society for the knowledge of economics.

It was determined as an aim to investigate how effective a teaching method of the theory of economics in which ‘the example would precede the theory’ would be.

A variety of research tools, such as bibliography, observation, interviews and questionnaires –whose quantity data were statistically analyzed using the programme  SPSS (Statistical Package for Social Scientists ) , were used to collect data.

The processing of the collected data came up with three important results among others. Firstly, the awareness of the participant students for the ‘need’ for a knowledge of economics. Secondly, their wish for the use of generally different teaching methods especially in the course of the theory of economics. Thirdly, their preference in the position of the example during teaching economics, namely their expressed preference in ‘the example preceding the theory’.

In addition, research showed the students’ preference to examples taken from ‘everyday life’, which due to their realism, gain larger importance in their role as motive for the activation of students’ interest in economics.

We would like to believe that with the approach we have analyzed, that is ‘The example preceding the theory’, we will participate in conveying the knowledge of economics more effectively. Based on our approach, conveying knowledge will be accomplished with the cooperation of students. The result of this joint effort will be the ‘revelation’ of the theory, after we have previously analyzed everyday examples of behavior of economics. 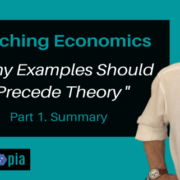 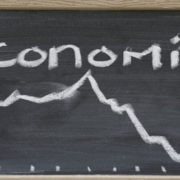 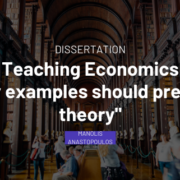 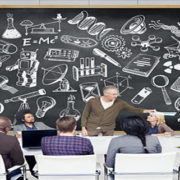