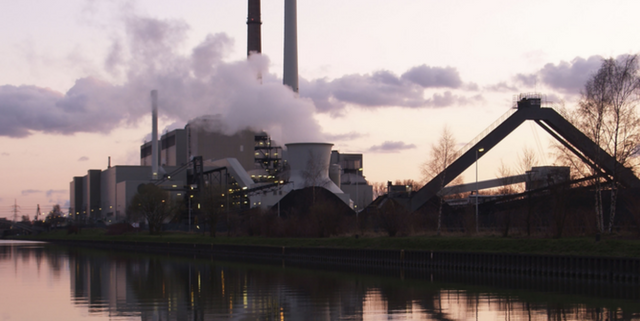 According to Vilfredo Pareto (1848-1923) the economy allocate resources efficiently (Pareto's efficiency) when resources are used in such way that it would not be possible to use them in a different way to make someone better without making someone else worse off.

However it is well known that market mechanism (equilibrium D+S) fail to take into account all the external costs and benefits in providing and /or consuming the goods. As a result markets failed to supply the socially optimal amount.

The competitive market forces (D+S) will not produce the quantities of goods where the price (P) reflects the marginal benefit (utility) of consumption. This in turn leads to over/under consumption of the goods, e.g. allocate inefficiency.

Here below we will shortly analyze the negative externalities.

In the diagram 1, we assume that the CO2 is the product in question. Both demand curve (Dprivate) and supply curve (Sprivate) ignoring the social cost are taking into consideration only the private benefits and costs resulting to the provision of the Qpriv quantity (overprovision, that cause the global warming problem) at the price of Ppriv (point a).

On the contrary, if the external costs to the society (additional costs to rectify the global warming – pollution, if it is possible) could be esteemed and added to the companies’ cost, a new supply curve (S private+externality) has to be drawn to the left of the initial one. This is due to the incensement of the cost, which shift the supply curve to the left. Thus, the equilibrium point will move from point a to point b, that in turn will reflect a new increased price (Psoc) and a reduced quantity (Qsoc) that will reduce or eliminate the problem of global warming.